Project Manager of Freestyle2, Lucy is here to talk about
our 2017 future plans and December update! <3
It is bit long, so please read carefully! (*wink*)

Yes, finally! We are planning to move our NA server at the first quarter of 2017.
During this year, we have done various tests with many servers to find a new
server that can provide better services to our ballers. After extensive testing,
we are happy to announce that we have finally found a best server for NA region
users and are currently under way in preparing for the server move.
We will provide further details on schedules and specifics later in the future.

In 2017 you will be able to see even more famous Crews and FS2 Star Players
compete in big matches! First of all we are planning to have one of our biggest and
renowned yearly tournament which is the 5 week long “Super Crew Tournament”.
Since this is the biggest tournament we have, we will be giving out exclusive prizes
such as the Zip-Up Hoodie and many more for winners.

And most importantly there will be “Real Money” rewards for this tournament!
We will also be preparing new kinds of exciting tournaments
such as an All Stars match where the great compete to be the greatest!

How was the December Rebound balance patch?
Please fill out our survey so we can make a better gaming experience for you.
We will also be giving out 10 Card Balls to 10 people who participate in this Survey as a small compensation!

> Ballers in the Rookie Channel will no longer be able to learn Skills with
Lv. 24 Requirement or higher even if their Character Level is above Lv. 24.

> Skills that used to have an unlock level of 24~50 have been adjusted
to all have a Lv. Requirement of Lv. 24.
You will be able to learn all skills when you enter the Pro Channel!

The trouble every Baller goes through is in deciding which stats to choose to upgrade for your playstyle!
Now check which stat effects which part of your gameplay right inside the game!

The time taken to open items continuously has been reduced .

Tutorial for New player has been updated. 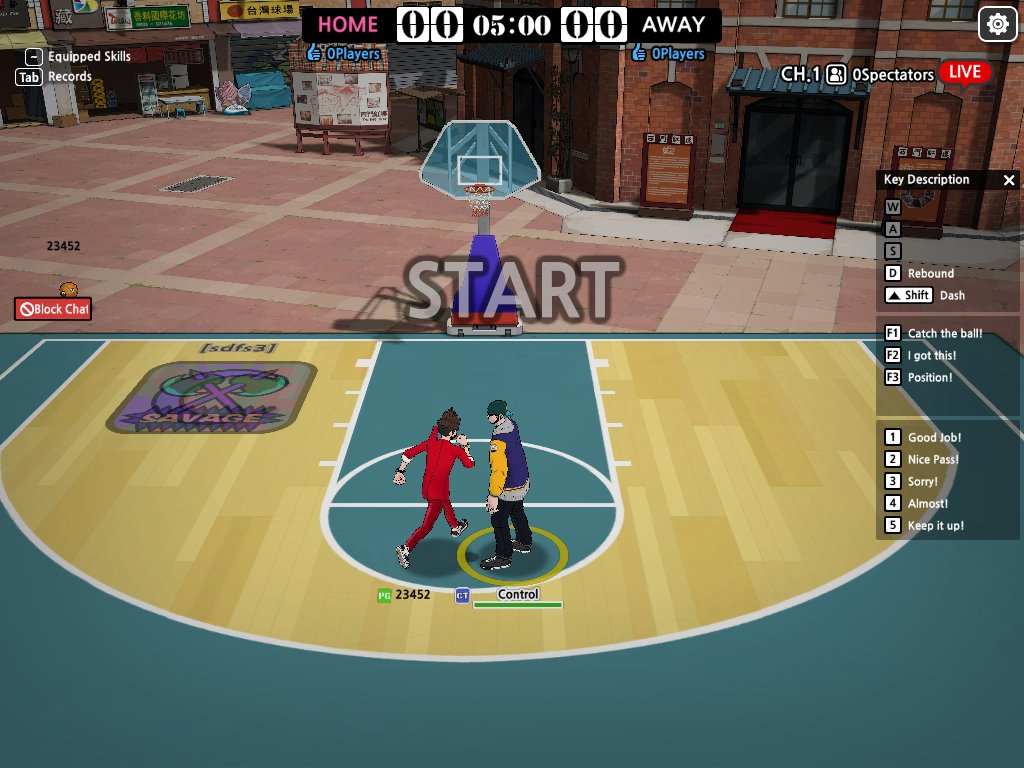 > Defending Dash playstyle has been made easier.

> Defense resist of Dunks and Layups have been decreased to provide higher
feedback to successful defensive plays.

- Press [A] + [Direction Key] after using Screen to use Pick&Move .
(Pick&Move can be used if keys are pressed during Screen collision)

5. ' Post Up Keeping' is now available only for Control Tower position

1. Press [V] Key while Driving to use skill

2. This skill can be used in either direction of the Drive

3. Collisions during Spin and Drive are the same with Dribble collisions

1. Middle Shot Success rate according to distance has been adjusted
> The normal range of Middle Shot has been reduced
> Middle Shot attributes effectiveness has been increased

New Skill: Post Up Keeping
The Post Up Keeping skill allows you to connect with other moves such as Drives
and shots to provide various offensive strategies

A. Press only [D] Key to Jump Shot
B. To Post Shot or Layup press [Direction Key towards post] + [D] Key
(Jump Shot if not in Layup range)
C. To Post Reverse Layup press [Direction Key away from Drive] + [D] Key
(Drive Fake motion if not in Layup range)
D. If [D] Key is not used this leads to Drive Fake motion


We are always looking to improve our gameplay for our ballers.
We hope this balance patch makes our game much more fun and competitive!
See you on the courts!

One ‘Training Reset’ and ‘Character Specialty Changer’ will be given to all
the ballers that log-in within the event period from 12/07 ~ 12/25 23:59 once
per account.

Card Moving System is now added to the game!
Card Transfer is limited! So better choose the cards that you wish to transfer
wisely!
Check out this link more more details: http://freestyle2.gamekiss.com/gameguide/gmguide/5312

Try your luck in the card balls to obtain your desired legendary cards!
We have doubled the chance to get legendary cards for limited period only!
Link: http://freestyle2.gamekiss.com/news/event/5311

The unique training suits designed by Total and Sancay are now
available in the Capsule Shop for limited time offer only!
Link: http://freestyle2.gamekiss.com/news/event/5310

Quest for the net as we open Crew League Season 6!
Enjoy crew league point x 2 during this season!
Link: http://freestyle2.gamekiss.com/news/event/5309

Log in everyday and heap awesome items for free!
Check this link for the reward List:
http://freestyle2.gamekiss.com/news/event/5306

alling all users who haven’t log in to the game for 90 days?
This event is solely for the returnees!
Link: http://freestyle2.gamekiss.com/news/event/5305

Check out the new items this December in the in-game shop.
Link: http://freestyle2.gamekiss.com/news/item/5304