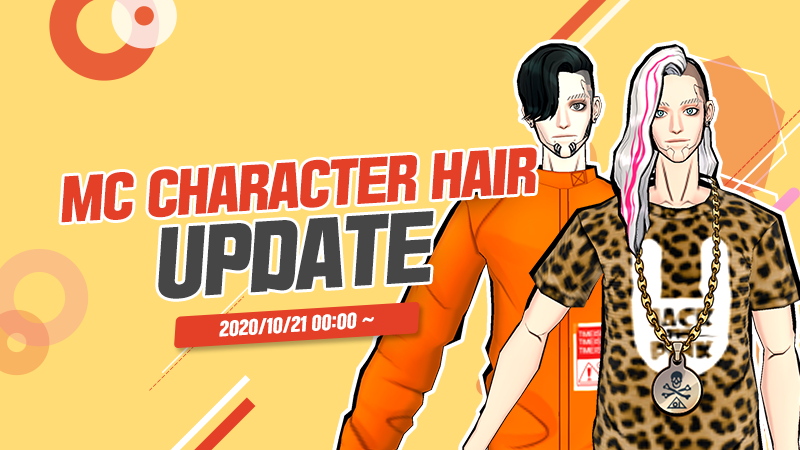 For those who have MC Character Series, this update is for you!

A. Dr. Isaac has created a new face for MC_CC
B. MC_AA envied MC_CC stole and wore one of the failed prototype faces
C. This allowed them to use a variety of hairstyles that they weren't
able to use before
D. MC_CC and MC_AA's exclusive hair will be given to those who have
these Characters
E. Now they're able to equip cool glasses and masks that they weren't applicable
before due to Camera head
F. The motion still turns your head spin. Don't be surprised!
G. Let us all congratulate MC_CC and MC_AA for being able to express various
emotions!

Note: The free MC.CC and MC.AA's Hair Accessory will be
sent directly to the user's Locker section