This is the project Manager of Freestyle2, Lucy!
We have prepared very big update this time, so please check out the notes below
for the details of the game update today!
[1] Play Balance Update
One ‘Training Reset’ and ‘Character Specialty Changer’ will be given to all
the ballers that log-in within the event period from 7/06 ~ 08/02 23:59 once
per account. 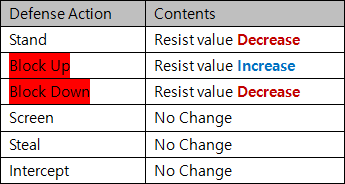 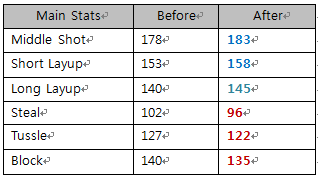 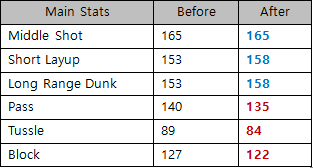 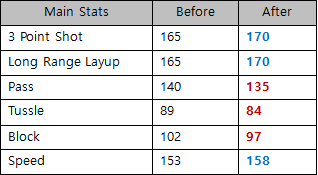 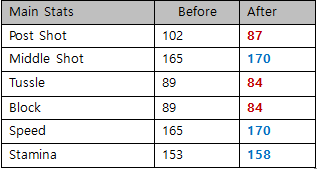 ** Stats are set according to Balance Type characters.

1) The effectiveness of the skill Post Push has increased to create more dynamic
situations under the basket. A Character who equipped [Post Push] Skill will be
able to push other players effectively. If both character equipped Post Push skill,
they will push them each other.
2) The Control Tower position can now buy the Post Push Skill from the Skill Shop!

Cool time has been added to Screen.
After performing the actions below, there will now be a cool time delay
to use Screen again. This is to prevent users from over using it.
1) After Collision with the opponent while in Screen
2) After finishing using Screen
3) After using the Pick & Move Skill
4) After using Pass& Run
**The length of the cool time is 0.8 seconds
The following warning effect appears if Screen is used during cool time.

First and foremost, we would like to thank IGN: Left-Eye for reporting
Spin Move Layup Skill issue to the FS2 team. We have reviewed this skill
several times over and over (this process took a long time!)  and
reworked it! Here is what we changed!

Standard Height is set for each position

1) Eliminate performance differences coming from Height by setting a
standard height for each position. Most heights of each position have been
increased.  Now you can buy your characters and customize them any way
you want without having to worry about your character’s height affecting your
gaming performance.

2) All actions involving jumping have been adjusted to the above Standard Height.
This includes things such as Jump Shot release points, Block attempt heights,
Rebound attempt heights, etc. The distance of all Dribbling/Running moves have
also been adjusted according to the Standard Height. This includes Dash, Drive etc.
This means all positions will perform equally, regardless of how tall your
character is.
3) Height and Distance values are adjusted with no difference between female
and male characters.
4) All SPC Signature Shot’s release points are set according to the
Characters Height NOT the Standard Height mentioned above. (EXCEPTION)
5) Every Character’s Animation (moving) performances
(Speed/Distance/Turning Angle, etc.) have been increased.

Extra patterns of ball trajectory added to shots that miss and bounce
off the Rim.This requires users to look out for more various rebound patterns.
This patch will make using the Post Push and Box Out skills much more
important than before.


[2] Japanese Language Update
Contents that were not added in previous patch have been updated
[3] Captcha system (Test!)
We understand that there is a problem with AFK rooms in FS2.
In order to alleviate this we are adding a system where a captcha
will pop up randomly when you are in the waiting court.
The user cannot enter matches for a limited time if they fail to
insert the correct Captcha.
This is a new system and currently undergoing testing, the permanent
use of this feature will be determined by the communities vote.

VS Mode is a brand new 1v1 PVP mode that opens every Saturday/Sunday for 24 hours.
Special Item “Challenge M2 King’s Mask (30D)” will be rewarded to users that rank
1st~10th in VS Mode. Get your game face on in the weekends!
Detailed information in following link: http://freestyle2.gamekiss.com/gameguide/gmguide/3089

You all have Noble Characters right? Well, then it’s time to level them up!
Get awesome rewards every time you level up!
Tired of leveling? No worries! Come Compete with your lv. 50 character!

Win prizes as much as you win! Get rewards for the amount of times
you’ve won! (One SP Card Guaranteed!)
All characters in your account can participate in this event.
You know this is a once in a life time chance right?
Link: http://freestyle2.gamekiss.com/news/event/3086

Having trouble leveling up? We’ve got just the thing for you! Buy a
Double Up sponsor and get 40,000 points plus one random premium apparel
from the shop! Get it today!
Link: http://freestyle2.gamekiss.com/news/event/3085

The Epic Deal Shop is now open! Billy and Clara have opened up their very
own shop! Don’t miss out on this special opportunity to buy items at an
unbelievable price. Offers will be available only for a month!
Link: http://freestyle2.gamekiss.com/news/event/3084

Still don’t have your own Jungle/Skywalker Freestyle skills?
No worries its 100% chance now! Play 77 matches to get a Freestyle Skill!
Link: http://freestyle2.gamekiss.com/news/event/3083

Get daily rewards simply by logging in daily for 14 days.
Link: http://freestyle2.gamekiss.com/news/event/3082

Check out the new outfit available in the in-game shop this month.
Link: http://freestyle2.gamekiss.com/news/item/3081